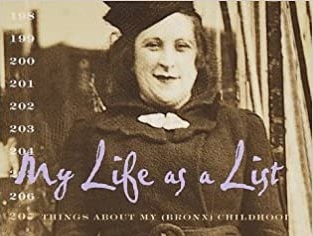 Rosenkrantz, Linda. My Life as a List: 207 Things about My (Bronx) Childhood. Clarkson Potter, 1999.

Kristina Boyer holds an M.A. in English from Lehman College. She currently works as a private tutor, sharing her love for the English language with her students.