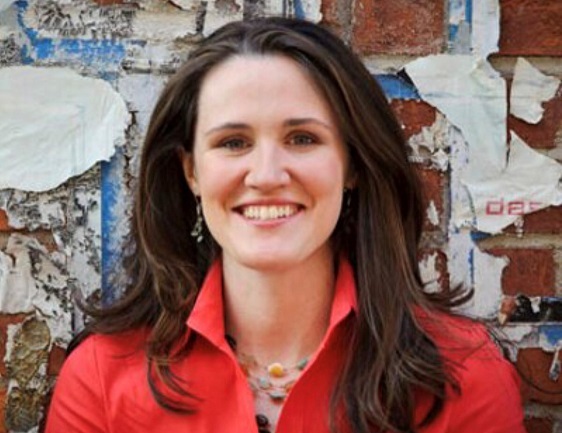 In Liz Murray’s memoir Breaking Night (2010), the author gives a vivid portrait of her life in the Bronx, growing up as the daughter of drug-addicted, mentally-ill parents during the early nineteen-nineties, which was the height of the crack cocaine drug epidemic. Despite suffering from neglect and ending up homeless, Murray is able to forgive her parents, find the resolve to study and earn high grades, and ultimately end up at Harvard University. Murray has been celebrated on the Oprah Winfrey Show, ABC News, 20/20, CNN, and has even presented a moving TEDxYouth talk called “For the Love and Possibility.” She was the first recipient of the Oprah Winfrey Chutzpah Award and founded a company called Manifest Living “to inspire, give back and help others overcome adversity.” Murray is truly a great example of what the Bronx hustle can do in any situation.

As described in her memoir, Murray was born to drug-addled parents in the Bronx in the early 1980s. Her childhood was full of disappointment. At home, Murray was not taken care of. Due to her parent’s habitual drug use, she tended to go without food for days and was often left to her own devices. Due to the lack of parental supervision, Murray chose not to attend school to avoid being teased for wearing old, run-down clothes and being extremely dirty. Murray’s family split apart when she was fifteen and she ended up out on the streets, homeless. She had to learn to fend for herself: she ate scrapes from the garbage, slept on the subway at night to stay warm, and  pretty much did anything to survive. Shortly after her mother died from AIDS, Murray realized she has to take control of her life because she wanted and deserved better. School, she realized, was her only way out of destitution. Murray ended up completing four years of high school in two years all the while continuing to be homeless. Filled with drive and determination, she did her homework on the subway, in hallways, anywhere she could. Not only did she graduate at the top of her class, she won a New York Times scholarship. Nor did her success stop there. All her hard work paid off when she was accepted to Harvard University. With the odds against her, especially due to her traumatic upbringing, Murray somehow still found it in her heart to preach forgiveness and the realization that “people,” in this case her troubled parents, “can’t give you what they don’t have” (Oprah interview).

As shown in her memoir, while still a child, Murray was forced to confront situations that even adults would struggle with. For example, in the opening chapters, young Murray contracted head lice from the addict’s mattress she was playing on in the basement of her apartment building. While Murray had lice for weeks, her parents did nothing about it, leaving the child to scratch her scalp raw. Her sister, Lisa, intermittently teased Murray and attempted to perform natural remedies. Nothing worked, however. While she was in school, taking a first-grade test, a louse fell from her head onto her desk. When the other students noticed, Murray was so ashamed  that she decided “there was no way I’d ever enter that classroom again. How could I look into their faces, much less reclaim my seat between David and Tameka” (Murray 46). Murray’s childhood in the Bronx was filled with unlivable conditions and incidents of this kind.

For many, the Bronx during the 1990s was a rough place to live. Most of the memoir occurs on or near University Avenue. Murray writes about the diversity and poverty of the area. She describes the salsa music playing on 188th and University as well as the “fresh” Puerto Rican men playing dominoes and saying dirty things to the women walking by. During the summer, Murray’s mom would take her and her sister to get free lunch at P.S. 33. Murray recalls seeing all the kids from the neighborhood there. It seems as if most of the community was struggling with drugs, crime, or poverty. Sadly, many Bronx children from that era have similar stories to Murray’s traumatic upbringing. What makes it worse is that much of this suffering was avoidable.

Liz Murray and her sister’s childhoods could have been improved through better government services. Liz’s mother, Jeanie, dealt with a lot of different issues. Besides having a drug addiction, she suffered from schizophrenia and was legally blind. Bonita Weddle, reviewing historical records of New York State’s mental health and substance abuse programs for the 1980s and ‘90s, notes how different offices were supposed to consult with one another regularly to help patients who had multiple disabilities. Unfortunately, for Murray’s mother, this system failed to address her overlapping needs.

North Central Bronx Hospital (NCBH), where Murray’s mother received much of her care, also didn’t have the best reputation during the period when she was treated there. According to Power Failure: New York City Politics and Policy Since 1960, North Central Bronx Hospital had chronic issues with being poorly equipped and short-staffed. Medical records were mishandled and often mixed up. Due to the underprivileged community the hospital served, the government did not provide much funding. As a result, Murray’s mother received neither the medical care nor the financial assistance she required to keep her kids out of an unhealthy, dangerous environment.

When Murray’s memoir was published in 2010, many critics celebrated the author for her achievements amid so much adversity. Kate Kellaway, who reviewed the book for The Guardian, spoke about how hard Murray’s life had been growing up with two drug-addicted parents. Kellaway reflects on Murray’s upbringing, observing how “drugs rob people of character, blur their edges.” Kellaway even goes on to discuss how Murray’s drive “won’t let misery win,” but she never connects this drive to the motivation that the hardscrabble Bronx may have provided her. Another critic also overlooks the Bronx’s motivating force in Murray’s life. The reviewer mentions Murray’s ability to “constantly hustle” but doesn’t connect her motivation to the borough in which she grew up (Kirkus Review).  In fact, the  majority of Murray’s reviewers overlook the role the Bronx played in helping Murray survive through hard times. And yet, Murray’s memoir reveals that the Bronx gave Murray a different kind of education, one which later helped her navigate the path to success. What I’m referring to is what we colloquially call the “Bronx hustle.”

While many of us would be angry if given Murray’s childhood, Murray herself always talks about the power of forgiveness when she does interviews about her early life. She says that, despite the terrible circumstances she endured due to her parents’ drug abuse and problems, she always felt loved. When she appeared on the Oprah Show, Murray reflected specifically on what she learned from her parents:

They taught me that resilience is actually flexibility; it taught me that gratitude is knowing everything you have, you could just as easily not have it, and it taught me that the basis of forgiveness is often knowing that things aren’t personal and we all have limitations and people can’t give you what they don’t have.”

Many people, including myself, find forgiveness very hard to bestow. Murray’s point-of-view is that what happens to us may not be “personal” but more something that the person who wrongs us cannot control. Upon watching Murray’s Oprah interview, I realized this ability to forgive contributed to how Murray was able to thrive in her life and become such a great role model to so many, especially to people from the Bronx. The importance of forgiveness is not immediately apparent when reading the memoir until one remembers that it is subtitled, “A Memoir of Forgiveness, Survival, and My Journey from Homeless to Harvard.” I think Murray’s ability to forgive her parents may be even more remarkable than her academic success.

Murray has shown how exceptional she is by going from “homeless to Harvard,” which is beyond difficult. Yet, despite her uniqueness, she also stands for a certain powerful quality of what I’ve been calling the “Bronx hustle.” Murray’s drive and determination to want better for herself and do everything possible to get it is just one way Bronxites thrive despite the odds. Though her path was challenging, Murray never took the time to sulk and pity her situation. She searched for her path, found it, and accomplished what she aimed for, while still helping her family and friends. I’ve noticed that many women have the Bronx hustle mindset. They work full time and take care of their kids and their homes. Single mothers do not have extra assistance, and it amazes me how so many manage to get so many things done with apparent ease. The American rapper Clifford Joseph Harris, Jr., better known as T.I.—and coincidentally, born two days after Murray—once rapped, “If you don’t respect nothin’ else, you will respect this hustle.” Obviously, we know the tasks life throws at us are not always a walk in the park, but my fellow Bronxites sure know how to get the tasks done. Keep hustling.

Murray, Liz. Breaking Night: A Memoir of Forgiveness, Survival, and My Journey From Homeless to Harvard. Hachette, 2011.

Murray, Liz. Interview by Oprah Winfrey. “The Woman Who Went from Homeless to Harvard Has Started a Family of Her Own.” OWN, 30 Jan. 2018, www.youtube.com/watch?v=3ksEjJyNiG8.

Murray, Liz. “For the Love and Possibility.” TEDxYouth, 16 Dec. 2011, www.youtube.com/watch?v=dbleDqLdhaE.