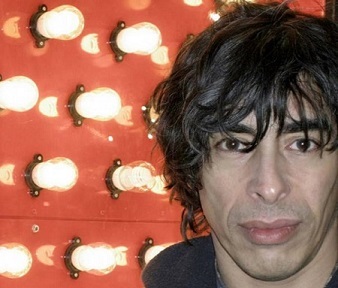 Abraham Rodriguez, Jr.’s short-story collection The Boy without a Flag: Tales of the South Bronx (1992)—which this year celebrates its thirty-year publishing anniversary—depicts the hard-luck lives of young residents of the South Bronx during the 1970s and ’80s. Rodriguez, raised in the area himself, set out to portray what he describes on the book’s back cover as the “the rancid underbelly of the American dream.” Most of the stories in The Boy without a Flag are about teenagers dealing with issues related to their identity, drug addiction, teenage pregnancy, domestic abuse, and crime. With bleak futures and little agency, his characters seemingly can choose only among different forms of harm, either to themselves or others. Rodriguez depicts the South Bronx during this time period as the land of no good choices. In “Elba” for example, a 15-year-old mother, tired of being left at home by her abusive partner  to care for their child, leaves the baby alone for a night out:

The baby was shrieking, its red face visible over the rim of the crib, creased like a battered peach. “If you shit yaself, tough!” she yelled. “Get ya father to take care a you!” The baby wailed louder, as if it understood. She locked the windows and left the stereo on. Opening the front door, she felt a refreshing coolness rush over her.

Two steps from the door she paused to listen, satisfied that she couldn’t really hear the baby anymore as she made her way down the creaking stairs in her high heels.

The Boy without a Flag is full of such emotionally raw scenes of neglect and pain, in which characters make distressing choices while struggling to survive and find some happiness in their lives.

Representing the South Bronx of the 1980s as a postindustrial landscape of burnt-out buildings, junkies, gun violence and gangs, Rodriguez’s stories reflect the harsh reality faced by many of the borough’s young residents at the time. As described in a third-person afterword at the end of the collection, Rodriguez claims he used to consult his fellow Bronxites, the “kids” growing up there, to verify the authenticity of his stories prior to publication. “He brings his writing to them for critique, and their responses affirm that his stories are indeed mirror images of their own lives and the environment in which they live” (117). “No More War Games,” for example, tells the story of a girl coming of age in a playground of abandoned buildings, rubble, and broken glass. The protagonist of “Birthday Boy,” Angel, turns to the streets and his drug-dealing neighbor for help when he can no longer go home due to domestic violence. In “Babies,” a teenage heroin addict witnesses her peers struggle with pregnancy and ultimately elects to have an abortion when she becomes pregnant herself. In “The Lotto,” junior-high student Dalia anxiously works up the nerve to take a pregnancy test. The results are negative, but her friend Elba falls pregnant. “Elba,” from which I quoted earlier, details Elba’s plight as a 15-year-old mother, living in a filthy apartment with her abusive partner. One of the few stories to feature an adult protagonist, “Short Stop,” relays the fear and exhaustion of a subway conductor on the 6 train from the beginning of his shift until the moment he tries to make it home alive. The title story, “The Boy Without a Flag,” centers the experiences of a boy trying to make sense of his identity as an American of Puerto Rican descent. Encouraged by anti-American statements made by his father, he decides to take a stance against US colonialism at his Bronx high school. While attending a school-wide assembly, he refuses to salute the American flag. This act of defiance is punished by his teachers, the school principal, and ultimately, his father. Confused and betrayed by his father’s hypocrisy, he realizes he’s on his own in finding his place in American society.

Published exactly thirty years ago, The Boy without a Flag is an early example of today’s mainstreaming of Latino literature. Hailed upon publication by the New York Times as a “poignant story [that] derives its power from a rare emotional depth” (Rifkind), the collection focuses on the disenfranchisement and struggle of urban Latinos—especially Puerto Ricans—in New York. Puerto Ricans, such as the son in “The Boy without a Flag,” who at the time made up the largest Latino ethnic group in the city, faced harsh discrimination from their fellow New Yorkers, city agencies, and the political class. The Puerto Rican population had swelled in the city, and particularly the Bronx, after the United States had encouraged Puerto Ricans to migrate in large numbers to the mainland United States with the promise of employment and an overall better life. Unfortunately, many of these promised jobs were “on the brink of decline or marginalization,” as scholar Virginia Sánchez Korrol has noted. There was little employment available to unskilled workers, which left many Puerto Rican new arrivals facing down discrimination while subsisting on low wages or no income (Gonzalez 118). But they had to live somewhere, and the South Bronx became home. Aware of their desperation, landlords charged tenants as much rent as they could pay, at the same time avoiding necessary repairs and other maintenance to their apartments and buildings (Gonzalez 111). In “Babies,” for example, the main character explains that while her apartment is in bad shape, at least she has a ceiling in her bathroom, unlike her friend Sara (Rodriguez 48). Some apartments were so run-down that residents would set fire to their homes in the hope the city would then provide them with a better apartment in public housing (Gonzalez 126).

Just as the real-life residents of the South Bronx had few options, Rodriguez’s stories highlight the difficult choices his young characters face. Should the boy continue to refuse to salute the American flag as a way of protesting American imperialism even if it means alienating himself from his classmates, teachers, and family? Should the girls Elba and Maria have an abortion? Should Angel ask Spider to pick him up from the police station, knowing he’ll eventually have no choice but to return the favor and sell drugs for him? In some ways, Rodriguez’s work seems to be a reflection of his own ambivalence about the borough and this unforgiving period in its history. For example, in one interview he states that he wants to live in the Bronx, although he can’t explain why it appeals to him. Later, in the same interview, he reveals that he doesn’t like the Bronx and never wanted to live there (Fisher).

Born in 1961, Rodriguez was raised in the South Bronx. He began writing when he was ten years old but explains that one day in high school, “I handed in my writing assignment to my English teacher and I told him I wanted to become a writer.” The teacher “laughed in my face and told me Puerto Ricans don’t become writers. They become plumbers, mechanics, electricians. He said, ‘Don’t put yourself through this humiliation”’ (Rivera). Rodriguez dropped out of school at 16, feeling “unchallenged,” but also “tired of seeing the heroin addicts hanging out in the hallways” (Rodriguez 117). He continued to write, including penning songs and playing guitar for the punk rock band he formed in 1985, Urgent Fury. He later returned to school, attending The City College of New York for four years. Rodriguez went on to publish stories in literary magazines and—after his debut short-story collection—several novels. His dispiriting experience in the New York City school system is indicted in stories like “The Boy without a Flag” and his later novel The Buddha Book (2001), which describes an institution where little learning takes place and the teachers are disconnected from their students.

Unfairly neglected today, Rodriguez’s writing was widely reviewed by major publications such as the New York Times when he burst onto the scene in the 1990s. At a time when the white publishing industry largely disregarded Latino writing, Rodriguez managed to follow up the success of The Boy without a Flag with his hit novel Spidertown (1995). However, typecast by mainstream critics as the “good boy who came out of the South Bronx,” Rodriguez felt as if he and the borough were being exploited to sell books (Hernández 153). He rejected lucrative offers, including from television networks, not wanting to become a “a pimp for the Bronx” (Hernández 153). In 2011, he made the further decision to move to Berlin, Germany; yet, even overseas, he has continued to set his fiction in the South Bronx. While much of this later work falls short of the high artistic standard set by his output in the 1990s, The Boy Without a Flag’s true-to-life characterization of South Bronx kids facing down impossible decisions as their borough went through its most difficult times will remain an enduring contribution to Bronx—and New York City—literature.

Rodriguez, Abraham. The Boy without a Flag: Tales of the South Bronx. Milkweed Editions, 1992.